In Heraldry and In History

Variations on the Fleur-de-lis 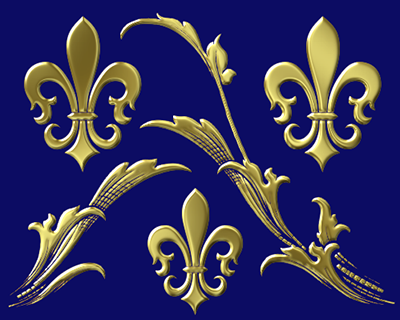 The English translation of "fleur-de-lis" (sometimes spelled "fleur-de-lys") is "flower of the lily." This symbol has been described by some as depicting a stylized lily or lotus flower, but other historians attribute its origin to a species of wild iris, the Iris pseudacorus. (See Wikipedia article.)

Traditionally, it has been used to represent French royalty, and in that sense it is said to signify perfection, light, and life. Legend has it that an angel presented Clovis, the Merovingian king of the Franks, with a golden lily (or iris) as a symbol of his purification upon his conversion to Christianity. Others claim that Clovis adopted the symbol when waterlilies showed him how to safely cross a river and thus succeed in battle.

In the twelfth century, either King Louis VI or King Louis VII (sources disagree) became the first French monarch to use the fleur-de-lis on his shield. English kings later used the symbol on their coats of arms to emphasize their claims to the throne of France. In the 14th century, the fleur-de-lis was often incorporated into the family insignia that was sewn on the knight's surcoat, which was worn over their coat of mail, thus the term, "coat of arms." The original purpose of identification in battle developed into a system of social status designations after 1483 when King Edmund IV established the Heralds' College to supervise the granting of armor insignia. 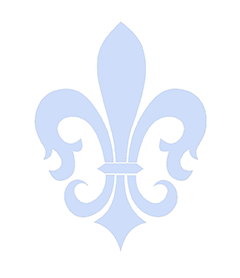 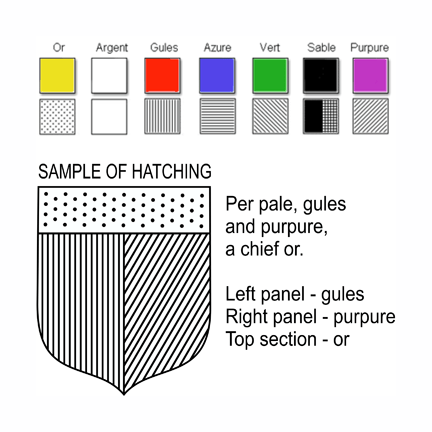